A tense of wonder 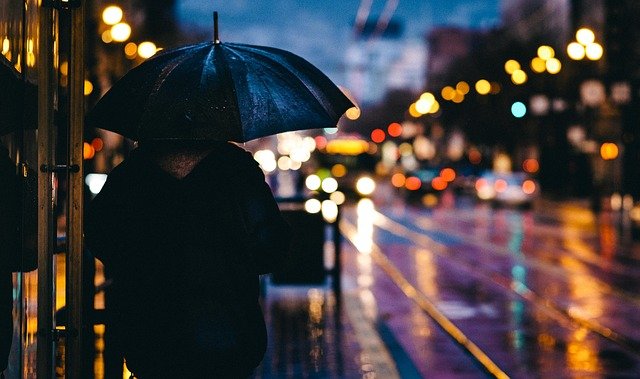 No matter how conscientiously we plan our day, our week, our life, the only certain thing about the future is its inherent uncertainty. Quite fittingly, the future tense, rather than being used to simply express future actions -that are intended, desired, expected or plausible- often serves the additional purpose of expressing uncertainty. In this article, I want to talk to you about the only future tense in the Spanish language that can fully adequately serve this latter purpose: the simple future.

In Spanish -like in English- there are two ways to express the future. The first one is through the periphrastic future, expressed with IR + A + infinitive (“Mañana va a hacer calor”; “Clara no va a pasar el examen”), which serves the first purpose above mentioned, and is used by speakers in the great majority of cases in which the future tense is required. The second one, the simple future and star of this post, is generally reserved for special occasions. Expressing uncertainty is one of the most frequent special occasions for which speakers summon this tense. Part of my goal with this article is to create awareness of the lesser-known expressive functions of this quasi-esoteric tense. To reduce the simple future to the mere function of being an alternative -more formal, perhaps- to its most popular counterpart doesn’t do justice to the expressive potential this tense holds.

Those of you who are familiar with the simple future will agree with me that, from a morphological point of view, this one is about the easiest tenses to learn in the Spanish language. This simplicity mostly resides in the fact that each grammatical person shares the same suffixes, independently of whether the given verb ends in -AR, -ER, or -IR. In order to conjugate the great majority of verbs in this tense, you simply take the infinitive in its entirety and add the corresponding suffix to agree with the needed grammatical person. [FYI: amaré, amarás, amará, amaremos, amaréis, amarán; comeré, comerás, comerá, comeremos, comeréis, comerán; viviré, vivirás, vivirá, viviremos, viviréis, vivirán].

But don’t let the simplicity of the morphological aspect of the simple future fool you into believing this tense lacks expressive depth. To illustrate this point, I will compare the simple future with the periphrastic future through examples useful to my goal of showing you which one of the two futures can best express uncertainty. Let’s take a look at the following phrases:

a. Va a llover mañana. (It is going to rain tomorrow)

b. Lloverá mañana. (It will rain tomorrow)

c. ¿Va a llover manana? (Is it going to rain tomorrow?)

Examples (a) and (b) are affirmative sentences that claim that rain is a meteorological fact for the day to come. For mundane speculations about the future as shown in these two examples, the periphrastic future is usually preferred. However, (b) can also legitimately be utilized to transmit the same information, albeit with a little bit more oomph or solemnity, or in certain discursive contexts. In addition, in some parts of the Spanish-speaking world, (b) can be the preferred expression. So, let’s just say that, communication-wise, (a) and (b) serve the same purpose. Now, (c) and (d) are interrogative sentences, which, instead of stating a fact, cast doubt about it. Utterances (a) and (b) presuppose that the speaker has looked at the weather forecast and can, therefore, state with some degree of certainty that it will rain the following day, based on the information furnished by the weather person (although weather people are sometimes wrong, but that’s another issue entirely…). Conversely, utterances (c) and (d), presuppose that the speaker doesn’t know what the weather will be the following day. But, unlike (a) and (b) which are practically interchangeably, (c) and (d) offer a more subtle semantic difference. Yes, they both express uncertainty about the weather, but (c) most is most likely directed to an interlocutor who can furnish some information about the weather, whereas (d) is most likely a rhetorical question that the speaker is asking to herself or whoever, but shouldn’t elicit a conclusive answer, if an answer at all. “¿Va a llover mañana?” is a question that will generally elicit an answer, affirmative or negative, based on factuality or presumption of it. Possible responses could be, “No sé; no escuché el parte meteorológico” (I don’t know; I didn’t listen to the weather forecast); “Sí, eso dice el diario” (Yes, that’s what it says in the paper). Contrarily, “¿Lloverá mañana?” is the question that, through the speaker, best expresses -and acknowledges- the uncertainty of the future. More than looking to elicit an answer based on facts, the question is primarily an expression of doubt which, if it elicits a response from the interlocutor, this will likely be an opinion or an expression of desire, not a fact. “No creo” (I don’t think so); “Espero que no” (I hope it doesn’t) are examples of possible responses that can be triggered by (d). The subtle difference between (c) and (d) is such that it can also escape the grasp of native speakers, and that’s why teaching the simple future in opposition to the periphrastic future can be a challenging task. Let’s look at another similar pair of interrogative phrases that will hopefully shine a brighter light into this topic:

e. ¿Va a venir Juan a la fiesta del sábado? (Is Juan going to come to the party on Saturday?)

f. ¿Vendrá Juan a la fiesta del sábado? (Will Juan come to the party on Saturday?)

Just like we saw between (c) and (d), the question posed in (e) presupposes an interlocutor who can provide an answer based on some kind of factual information. Conversely, (f) is first and foremost an expression of doubt. The speaker could just as easily have said: Me pregunto si vendrá Juan a la fiesta (I wonder if Juan will come to the party). See the difference now?

Let’s hope my final example pair makes things all that much clear to you:

Well, well, well. The truth is, nobody knows the answer to the questions posed by (g) and (h). The future these questions are referring to is a bit more distant than in the previous examples and, therefore, more uncertain. But then, again, there are facts that can be used as grounds for an affirmative answer to (g) and, at the same time, there are other facts that can weight against good old Tom’s chances. Then, again, when we choose the simple future, as in (h), we are not really asking for answers based on facts or assumptions, but mainly stating our uncertainty about a specific event. What matters here is that, if what we intend to do is express doubt and uncertainty, rather than elicit a response based on the presumption of facts, the simple future should reign supreme.

Don’t think for a moment what I just exposed here is all there is to this exciting low-profile tense. There’s quite a bit more I’d like to share with you. ¿Les contaré más?  Only the future will tell.