Ver vs. prever vs. proveer 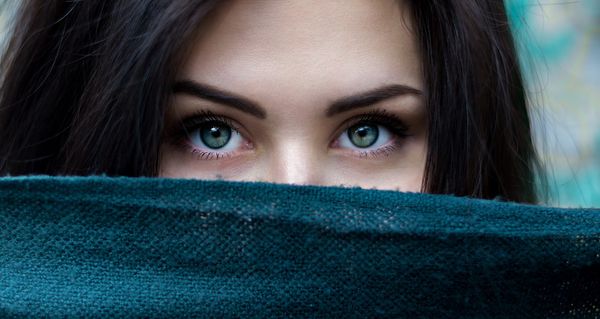 The meaning of these verbs is pretty straightforward: you probably already knew ver;prever is just ver with the prefix pre, which means "before" (it comes from Latin, and it’s all over the place in English). And then, proveer also exists in English (to provide). The cool thing is the different conjugations for these verbs. Let’s first take a look at the present tense conjugation for leer, which is a regular verb you already know:

So, yes, leer is just a good old regular verb. We drop the “er” part and substitute it for the standard present tense endings for -er verbs: -o -es -e -emos (-éis) -en.

Ver, however, is irregular, as its first person singular is not conjugated in the present tense by dropping the “er” part and adding the standard regular ending. Interestingly, ver used to be veer, and guess what, it used to be a regular verb, and it used to be conjugated just like leer:

This would probably make a modern-day Spanish native speaker’s eyes bleed. But really, it used to be veer and it used to be conjugated like that. Eventually, it lost the extra “e” (but kept it in the first person, which makes it irregular):

Since prever comes from ver, it’s conjugated in the same way:

Now, here goes the crazy part: we could think of proveer as ver preceded by pro instead of pre, but it’s really “veer” preceded by pro; this verb kept the original double "e" of veer (which doesn't make any sense!). Here is its present tense conjugation: 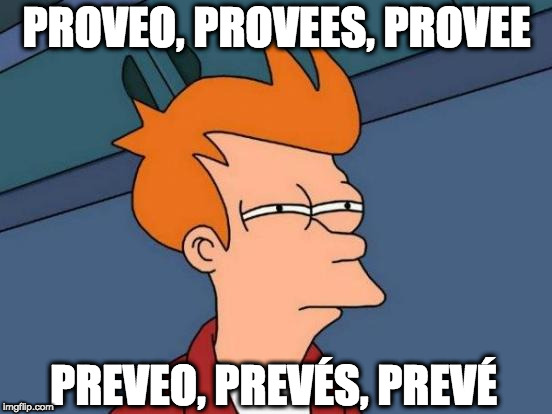