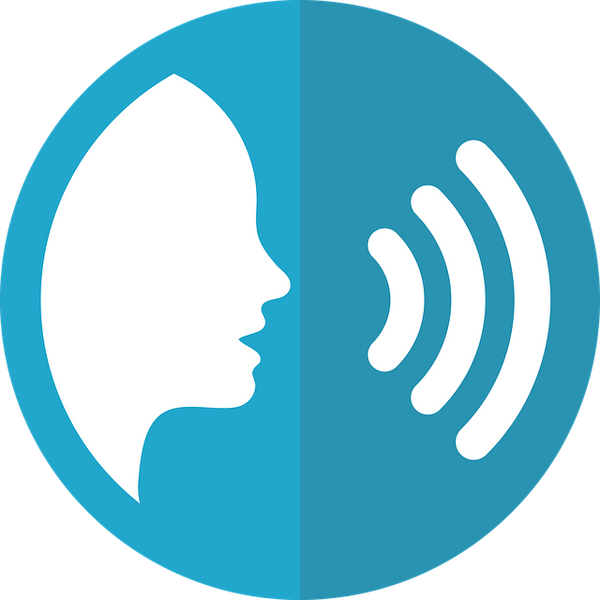 What do you think about when you hear IPA?

Well, I probably just made you think about how you could really take a break from work and go for a cold beer; oops, sorry for that, that's on me.

It turns out you can find several uses for the abbreviation IPA; it just kind of works for many things in different fields. There is for example a non-profit called IPA (Innovations for Poverty Action); in business, IPA stands for Intelligent Process Automation; in finance, it stands for inflation-protected annuity; and so on. There are definitely many more.

The one I want to talk about in this article is the International Phonetic Alphabet; yeah, that makes a lot more sense coming from Berges Institute, right?

This phonetic alphabet is one of many that exist or have existed (like the APA: American Phonetic Alphabet, and some others) except the “international” in its name tells us this is the most widely used and accepted one; it’s the standard for linguists and professionals working in speech-related fields around the world, and you’ll see in a moment why it makes sense to have one that is universally used by people that don't even speak the same language.

Ok, that explains the name but… What is it really? How is it used? And why is it needed? After all, don't our alphabets represent sounds?

Then there are also Chinese Hanzi, and Japanese Kanji, which are neither alphabets nor syllabaries, but systems of ideograms or logograms, in which each character acts as a symbol for an entire concept, and its pronunciation isn't really “shown” in the writing. This last point about pronunciation being “shown” in the writing is important for our discussion on the IPA.

From these three kinds of writing systems we just saw, we could argue the best at representing (showing us) sounds on paper is the alphabet. This is because all alphabets consist of separate little symbols called letters which represent, one by one, all the isolated consonant and vowel sounds of the language in question. In this way these letters are like pieces of a sound puzzle; combine them as wished and create all the possible sound combinations needed to form words in a particular language.

Based on that, one could say the alphabet is a way of graphically representing the sounds of a language, right? Well, yes and no. It does aim at representing sound, of course, but the overall purpose of writing systems isn't just doing that (and in the case of ideograms, like in Chinese, it basically isn't about sound at all), but it is more about representing that whole particular language graphically: sound, concept, way of speaking (think interrogative, exclamative), even “painting” images with words, etc.

So are writing systems (especially the more versatile kind: the alphabet) the best way to represent language sound?

Let's narrow things down and take the Latin alphabet as an example. We all know nowadays it is the most widely used and understood alphabet. How well does it represent sound? After all, there is only one Latin alphabet that is used in many world languages. So we should at least expect the speakers of those languages that use the Latin alphabet to benefit from its standardization and be able to correctly graphically represent, i.e write, any word they hear uttered in any of the other languages that also use the Latin alphabet, even without knowing how to speak that language, just purely based on the sounds of the uttered word. I know you’re probably already thinking “well, no, I already know that is not possible because they are different languages for a reason and they spell their words differently”, and you would be correct in thinking that, because for most of us it is a known fact that different languages consist of different sounds, different words, and different spelling for those words. Simple. But wait… what do we make of the fact about alphabets above, that says they are composed of symbols that are called letters, which themselves separately represent, one by one, the consonant and vowel sounds of a language?

Based on that definition alone, someone who has never learned or used the Latin alphabet could very well assume that because German and Italian both use it, then it must be because they have the same consonant and vowel sounds, albeit different words and different grammar. This would mean that a German speaker listening to an Italian speaker utter a word in Italian would be able to transcribe what they heard with correct spelling, even if they don’t speak a word of Italian. The fact of the matter is: we know this is not the case; German and Italian use the same alphabet but represent the sound of its letters (a, b, c, etc) differently, and the same goes for all other languages that use this alphabet.

What all this means is that despite there being some sound similarities between Latin alphabet letters across all languages that use this alphabet (the sound of, say, the letter “a” or the letter ”p” sounds similar in Spanish, English, French, Portuguese, Swedish, etc) they are often not the same exact sound. So, essentially, the Latin alphabet (or any alphabet) is only a good representation of a language’s sound within the scope of said language but not outside of it. The Latin alphabet isn’t a good universal or cross-linguistic representation of language sounds even though English, Spanish, Italian, etc. all use it. Each language historically “defines” what their A, B, C, D, etc, sound like.

This is where the IPA comes in. The first rule of IPA is: you do not talk about IPA… :p Sorry, got carried away. The first rule is the symbols of this alphabet ARE NOT called letters, we just call them “symbols” or “phonetic symbols”. This distinction is important because as soon as we use the word “letter” we are talking about a writing system which as we saw serves more purposes than just sound representation AND is always language-specific, which is why we need to come up with all sorts of crazy spellings in English to represent how a word would be pronounced in any other language. (And, again, this form of sound transcription is just an approximated representation, which often isn’t even precise enough. Take Spanish “moto”, for example; we can say it’s pronounced like “moh-toh” in English, but that’s still not clear enough since the “h” is just attempting to express that the “o” is short, but an English speaker might still pronounce this as “mow-tow”, and that’s already the wrong “o” sound in Spanish; furthermore, the “t” isn’t actually identical in both languages but there’s just no way to represent this using the Latin alphabet).

The IPA is a collection of sound symbols. There’s one for each existing distinct sound our speech organs can make. If a sound is scientifically proven to be acoustically different from any other sound, even slightly, then it gets its own symbol. This allows us to “spell” a word in pure sounds, completely disregarding its actual spelling in the original writing system of the language. So, the full IPA virtually contains all the known consonant and vowel sounds of all the world’s languages. In this way, someone that can interpret the IPA can pronounce or get close to pronouncing a word in a language they don’t even speak. I don’t speak nor read Mandarin, but a mandarin word written in IPA is something that I’d be able to pronounce (roughly).

Speech therapists also use IPA to pinpoint the sounds a particular patient has problems with and even know what and where the underlying problem is at the level of the vocal organs. Another area where IPA is commonly used is in dialect (accent) training for acting or singing. You’ve probably heard about vocal coaches who train celebrities to speak with different accents in a relatively short time, or the ones that train choir and opera singers to sing in a language they don’t speak with ease. Well, they all use IPA to break down and teach the exact sounds and how to produce them.

As you can see, there is a clear and unmatched utility to using IPA over traditional writing systems in contexts and fields where pronunciation or speech sounds are essential and of key importance. So, now that that’s out of the way we can talk about how it actually works, how its symbols are organized, and how to read and interpret the IPA charts. This will be in the second part of this newsletter, so stay tuned!