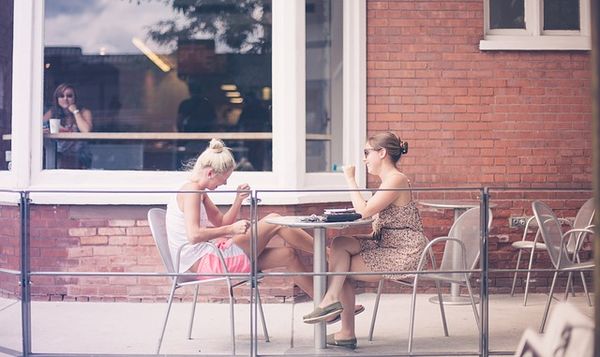 Unlike English, Spanish only has 5 vowel sounds, which always correspond with the 5 written vowels: /a/, /e/, /i/, /o/, /u/ (A, E, I, O, U). They are all pure vowels, meaning the mouth position is fixed (unlike, for example, English vowels ‘u’ or ‘o’, in which the shape of your mouth at the end is different from the one at the beginning). Make sure you pronounce all your vowels loud and clear, and your Spanish will sound way better!

2. The cadence is naturally slow

That’s right. When you pronounce the word ‘apartamento’, it should sound nothing like ‘apartment’. All syllables are important in Spanish, and each should take an equal amount of time to say, as Spanish is, unlike English, a syllable-timed language. So take it slowly and make sure you pronounce all your syllables and resist the urge to rush them: a - par - ta - men - to.

Most consonants are similar in English and Spanish. Just try to soften them a little, especially the T. Can you hear the difference?

4. Don’t worry about the rolling ‘r’ that much

If you can do it, that’s great, but if you can’t, that’s also ok. A lot of people who speak Spanish at a near-native level cannot roll their r, no matter how hard they try. It’s not a big deal, though. Pronouncing your vowels properly is 100 times more important.

5. Take advantage of the way we write in Spanish

Spanish orthography is extremely phonetic (which is great!). If you read a word you’ve never seen before, you still have all the information you need about how to pronounce it in the spelling of the word itself. Isn’t that great? Read a lot in Spanish (out loud, if possible) and try to apply tips #1, #2 and #3, and your accent will get much better.

6. It’s all about acting

Many times we pronounce foreign words using our native phonetic system because we feel, consciously or unconsciously, that it will sound fake or exaggerated if we try to imitate the way native speakers of that foreign language talk. If you can get over this feeling and you try to purposely exaggerate your Spanish accent, it will automatically improve.

Lastly, applying these tips won’t get you to have a perfect Spanish accent immediately. In order to internalize vowel sounds, rhythm and consonants and develop good reading skills you need to spend many hours being exposed to the language. You can speed up the process by using "passive" methods, like watching TV or listening to music in Spanish. But, of course, the best thing to do is to always try to talk to people in Spanish as much as possible!