All that glitters is not gold: false cognates 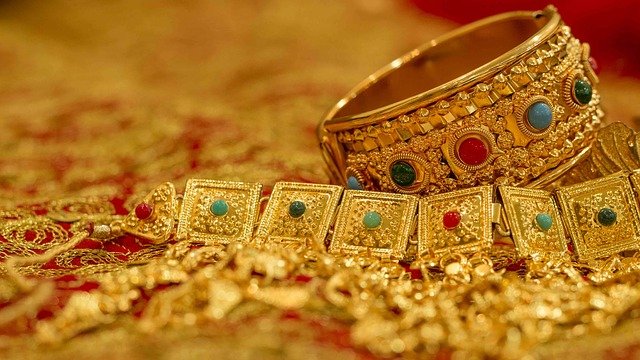 October of 2000 was a memorable month for New York City baseball fans. The Yankees and the Mets squared off at the World Series and the ambiance in a pre-September 11 city couldn’t be more festive. To Mets’ fans dismay, Derek Jeter and co. prevailed in five games to claim yet another championship for the Bronx team. The occasion called for a ticket-tape parade in downtown Manhattan to celebrate the Yankees. And then a friend of mine asks me in Spanish: “¿Quieres ir a la parada?” Y yo, “Excuse me, ¿ir adónde?”.

And that is the backdrop of my first encounter with the world of false cognates. What this speaker in question did was to use a word from his Spanish vocabulary, parada, to render translation for a very similar word from his English repertoire, parade. While it is true that, from a morphological perspective, parada and parade are almost identical, these words are not semantically equivalent. To clarify, parada means stop, like the place where we wait for a bus, for example, and not parade, which translates into Spanish as desfile.

Cognates are words that share roots, have a very similar spelling, and have very close or identical meaning. False cognates, on the other hand, are pairs of words that, despite the similarities in appearance, have different meanings. They are deceiving little freaks of language, and it is true that life for the English-tongued Spanish learner would be easier if false cognates ceased to exist. But do not despair. The number of false cognates is not infinite, and they are learnable, with a little bit of effort from you part.

To make your task at hand easier, I gathered a list of some common false cognates. Let’s take a look!

Bigote. Be careful with this one. It’s a Spanish noun that means moustache. It has nothing to do with the English word bigot, a negatively charged adjective, which translates in Spanish as intolerante. A confusion here may lead to very funny results, as in the sentence: Marta renunció a su trabajo porque su jefe era un bigote. Marta’s boss can be called a lot of things, but certainly not a mustache!

Carpeta. It doesn’t mean carpet, but binder. Carpeta most typically refers to a folder where a student, for example, keeps papers. I don’t know about you, but I did hear this one before in lieu of alfombra. For example: Las carpetas persas son muy bonitas. Wrong! I don’t believe that Persian binders have such a reputation. Say alfombra instead, please.

Cuestión. When a student raises her hand, she has a question in English, but una pregunta in Spanish. Cuestión actually means matter, issue. Got it?

Grosería. When confused with the English word grocery, the results make absolutely no sense. Grosería can be translated as rudeness, impoliteness, or curse word. As you see, it has nothing to do with a store where we buy our groceries.

Mayor. This is a comparative or superlative adjective, that most typically means older or oldest. For example: Leticia es la mayor de sus hermanas. Don’t fall into the trap of believing that mayor has anything to do with being the top political leader of a town or city. Thus, Bill de Blasio es el alcalde de Nueva York.

Molestar. Careful with this one! You don’t want to accuse somebody of molestation when all you are trying to do is accuse that somebody of bothering, or annoying you -or somebody else. The sentence, Juan siempre molesta a sus hermanas, doesn’t translate as Juan always molests his sisters (which would be criminal, of course) but, Juan always annoys/bothers his sisters. Careful again. I know one person who got outraged looks after falling for these false cognates.

Realizar. How great it would be if it meant to realize! But it doesn’t. Realizar is to carry out or execute something. This word is a fancier, much less frequent, version of hacer. Use sparingly, and only when referring to special or dignified activities. You may say: Los científicos realizaron muchísimos experimentos, antes de constatar su hipótesis. But don’t say, Los científicos realizaron una fiesta para celebrar sus descubrimientos. Although this sentence is not incorrect, hacer would have been a much better -and less pretentious- choice.

Embarazada. This adjective means pregnant. The fact that this Spanish word exhibits similarities with the English embarrassed is truly unfortunate for mothers-to-be. By the way, embarrassed translates as avergonzada/o. As you can see, there’s no closeness in meaning at all!

I hope you find this useful. I just want to leave you with a final thought on false cognates. When it comes to communication, the ability to transmit a message is key. Some of these deceiving pairs have become normalized, so they are not necessarily considered incorrect. For example, the word retired is frequently used as the equivalent of retirado, when referring to someone who has left the workforce. A language purist would tell you that the correct Spanish translation for retired is jubilado. But, hey, as long as the message is transmitted effectively, who is who to judge?

When my friend invited me to la parada de los Yankees, it did sound weird, but I totally got the message. And it makes a certain amount of sense, if you think about it. After all, a parade is an event in which you stop and watch. Unless you are part of the marching element, a parade is, in fact, una parada.