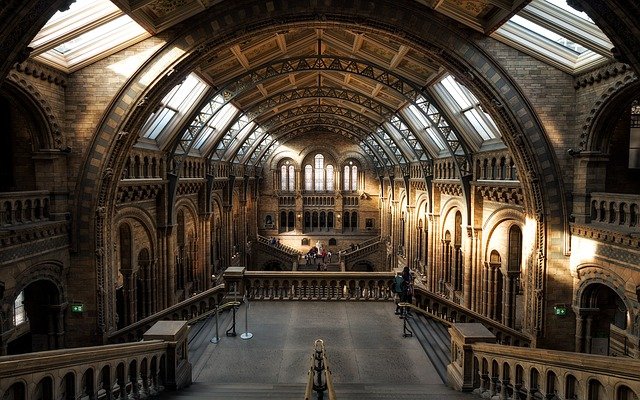 Have you ever paused to think that the words we use every day, such as perro, izquierda, albahaca, bufanda, zanahoria, naranja, toalla, reloj, piel, remolacha, azúcar, alcohol, toalla, mar, rival, puente, pais, ciudad, queso, ventana, tomate, aguacate, cabello and alcalde date back hundreds, if not thousands, of years? It’s a bit mind boggling if you think about it for a minute.

Before we start talking a bit about words, however, your correspondent would like to clarify that this is not a scholarly article. It is not meant to pinpoint with precise accuracy the origin of a word and trace its path from one language, place and people to the next. Wish that he could. Instead, this is a simple exercise in curiosity and exploration of the common sounds and objects that are part of our lives and have been for many centuries.

Let’s begin with the word left. At some point in time, somewhere in the Basque country the word izquierda came to be, and with time it traveled south, and joined the Spanish language. There, it managed to keep its place, while whatever other word was there, if at all, lost to derecha, a direct import from Latin. The Italian word for left is sinistra and the French is gauche. Notice how our own English terms gauche and sinister have a negative connotation stemming from an ancient bias based on religion and superstition.

The word perro is of unknown origin, but in Spanish we have canino just like English has canine and Italian has cane and French has chien. But did you know that the Canary Islands were originally named after the abundant dogs explorers found there? Later on, the cute yellow birds, also abundant in the Canary Islands, got their name, but they got it third hand from an island that is named after dogs.

If you want to make pesto, you will need basil, and if you are, by any chance, reading a recipe in Italian, you will find the word basilico, but in Spanish you will find the arabic name albahaca, courtesy of the Andalusian caliphate and its influence in the origin of Spanish.

Alcohol was the brainchild of Arab scientists, and guitars a product of Arab musicians and luthiers. This last word means instrument maker in French, but it designates the trade of making instruments in general and across many languages. It means, specifically, lute maker, which is, again, a string instrument of Arabic origin.

Oranges are believed to originate in the Far East, potentially in China or Japan. But they were introduced in Spain by the Arabs, who called it naranya, and which later on became the Italian arancia and the English orange.

The Chinese and Egyptians discovered alcohol production techniques thousands of years ago, but the Arab words kuhul and al-kuhul became the modern word alcohol, spelled exactly the same in English and Spanish, and without an h in Italian.

The word sugar comes from the Arabic sukkar, but the substance itself, and its original name, have traveled from afar. Sugar is believed to have originated in New Guinea, and to have traveled from there to India and the Philippines. An initial Sanskrit word for it was sharkahar which became the Persian sakar and later on became the Greek word sakjar. Eventually it became the Arabic assúkar and in the Middle Ages both the word and the product make their way to Europe in different variations of the Arabic word: zucchero (Italian), azúcar (Spanish), sucre (French), sheger (Albanian), zucker (German) and sykur (Icelandic) among others.

When we think of that mysterious and fascinating body of salt water that covers a substantial part of our planet, in English we use the word sea, mainly of English and Germanic origin. However, when talking about issues connected to the sea, however, English does use the word maritime, as in maritime law.

In Spanish, French and Italian we have mar, mer and mare, coming directly from Latin and famously used by the Romans to dub the Mediterranean as mare nostrum. In English, though, the word mare will provide you with a female horse, and if you want one of those in Spanish, use yegua, which comes from equus.

If you need to protect your throat, in English you will use a scarf, and in Italian, a sciarpa, a common origin for the two words is quite plausible, but in Spanish we use bufanda, allegedly from the French bouffante, swollen.

Some of us, ahem, find these connections fascinating, but some may find them so boring as to feel sleepy while reading about them. Curious about the word pajama?

Persian has the words pay (leg) and jama (clothing), but it was Urdu that combined both words to form pajama. Given its unique origin, this is a word that shares a similar spelling across Romance, Germanic and Slavic languages. Some examples include pizsama in Hungarian; pižama, in Slovene; pyjama and pyjamas in Dutch and Danish; as well as the Lithuanian pižama and pigiama in Italian. Pretty cool, no? Sleepy? Hungry? Let’s eat!

When we sit down at the table, we can talk about the French table and the Italian tavolo, which come from a piece of wood, like a tablet, a slab or a board, but what about the Spanish mesa? It comes from mensa, to measure. Do you need to cover it? In English you will ask for a tablecloth, and in Spanish you will ask for a mantel. In a pinch, the piece of clothing described by the English word mantle will do if you need to cover a table. In Italian you will ask for a tovaglia, but it will not be a good idea to cover your table with the Spanish toalla, which although similar in spelling, is actually the same object as the English towel.

Let’s wrap up this article with the word syndicate. In Spanish sindicato means, primarily, a labor or trade union, just like the French syndicat and the Italian sindacato. If you are part of a syndicate in English, it may be that you are a columnist or a cartoonist, and this organization distributes your intellectual property to affiliated organizations.

We can think of ourselves, then, as living museums, constantly exhibiting and handling communication artifacts formed hundreds and thousand of years ago in lands near and far, heirs to those who first said perro, agua, sal, salaam, montaña,amor, chocolate, vino, aguacate, café and so many other words, Worts, verbs, paroli, palabras, vocablos, ords, mots and slovos.